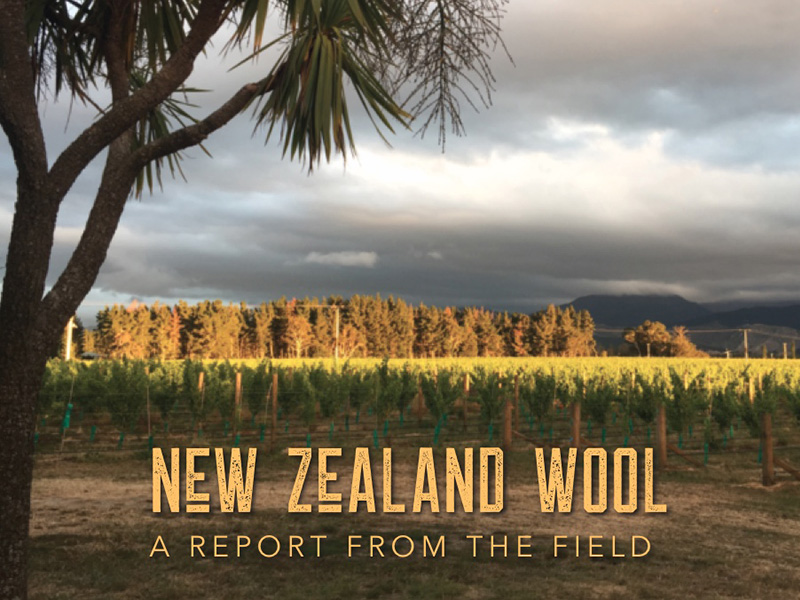 Traditional rug purveyors have long admired the stiff, mountain-raised sheep’s wool of Iran utilized unblended in the Persian carpets sold throughout the last century. In contrast, New Zealand wool has been blended with endemic wools in China, India, Nepal and Pakistan since the 1980s. Revered for absorbing chemical dyes more accurately and consistently in machine-spun wool yarns, when coupled with the coarse wear-ability of local wools, New Zealand wool became a popular, affordable blending component in modern-day rug and carpet production.

During our January 2020 visit to New Zealand, I met with farmers to learn what they knew about their influence in the carpet making world. John McCaskey is a revered visionary farmer in Waipara Valley, South Island. His family has raised wool and meat-producing Corriedale sheep for two generations with the key to his successful operation being the growing of lucerne—known as alfalfa in the United States and which originates from Persia—for the sheep to graze on while rotating fields. His best year for wool was 1982 when shearing netted 100 bales each stuffed with 300 pounds of wool. Like most farmers, they counted on government support for reservoir-building and maintenance for their farms’ sprinkler irrigation systems. 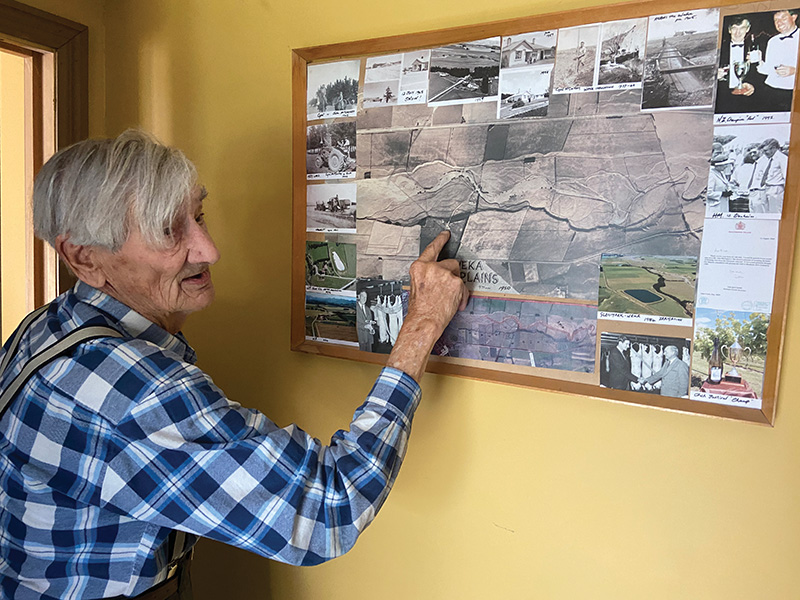 When the new Douglas government came into power in 1982 farmers saw increased taxes with little follow-up on large agricultural infrastructure projects on which they relied. Since 1984, government farm subsidies have diminished, and consequently wool production also declined precipitously.

Looking forward, McCaskey planted one of the first vineyards in the area. Now Waipara Valley and Marlborough are known world-wide for their prize-winning Sauvignon Blanc grapes and wine. Over half of the acreage formerly in sheep farming is now in vineyards on the South Island.

Like most agronomically-inclined areas of the world, crop rotation and diversity are key to sustainable farming. Agronomists and farmers are continually seeking the best formula for long-term profitable use of land. Since New Zealand consists primarily of two large islands, any changes can affect nitrogen levels in the soil and ocean ecology.

“Wool should fit alongside that recognition as a natural and sustainable product as opposed to synthetics.“

Our discussions continued in the Marlborough region of South Island (Yes, wine tasting was included.) with farmer Tracy Anderson. She and her husband farm 100 head of sheep for meat and wool. Their wool will “sit in sheets and wait for the price to rise.” When she asked her husband, who was in the back forty acres tending to their crops of lucerne and corn, where their sheared fleeces ended up, he answered, “I don’t know!” The wool income will barely cover the cost of shearing. Their farm utilizes UTVs and the New Zealand breed of Huntaway herd dog to work the stock. Working Huntaway dogs are trained to bark only to herd while the Border Collies use their “eye” to stare down a wayward sheep and run wide of it to swing it back into the flock.

Multiple issues plague sheep farmers in New Zealand: 1) Lack of trained labor, 2) Decreased breeding stock, 3) Costs for water ratepayers which fund environmental cleaning, 4) Closing of wool scouring plants, and 5) Farm succession. What does this mean for the future of carpet production? According to Wools of New Zealand Board Executive Director Mark Shadbolt, “There are many young people studying at our agricultural universities or within our on-farm cadet training programs, so a labor shortage is not that evident in the sheep and beef sector. I think, with the decline in tourism due to Covid-19, there will be workers looking at other sectors.“ As to breeding stock, Shadbolt responds, “I think our sheep industry is stabilizing numbers with a slight increase, due to the returns achieved from meat production. What we are ­seeing is a change of breeds by farmers: where they are moving either into a finer micron wool type sheep where possible (not achievable in many areas of NZ due to climate, soils, etc.) to achieve better returns or move into shedding sheep that don’t have to be shorn as often.

I feel that over the next five years wool production will fall by at least ten percent, but sheep numbers will remain stable.”

Regarding water usage and the environment, Shadbolt adds, “Prior to Covid-19, our New Zealand government was looking to impose tight controls around water use and impose financial measures on farmers in many ways that would affect production and profitability. The pandemic will awaken people globally as to what is really important in life. Food production will be well supported as a key focus for governments. Wool should fit alongside that recognition as a natural and sustainable product as opposed to synthetics.”

Pertaining to the closing of wool scouring plants, Shadbolt observes, “We have a monopoly in our scour industry in New Zealand but with the capability of scouring the majority of our production, so I don’t see that as a threat. The bigger threat currently are the many manufacturers globally who use wool and other products for carpets and interior furnishings for aircraft, cruise ships and commercial properties. All of these sectors will be hard hit for the next few years and could impact on the viability of those manufacturers.” Shadbolt goes on to state, “The other aspect that our industry is challenged with is farm succession, with the capital required to buy into a farm beyond the ability of many young people.”

One of New Zealand’s wool marketing organizations is undergoing reorganization. Woolmark® is now focused on marketing Merino for fabrics and garments. Merino sheep originally came to New Zealand and Australia from Spain. They were crossbred to reduce the woolly legs and face to reduce grassy burrs from lodging in the wool. Historically, foot rot on sheep in moist New Zealand was also a big problem for sheep breeders and miserable for the sheep. Now it is controlled with modern antibiotics. 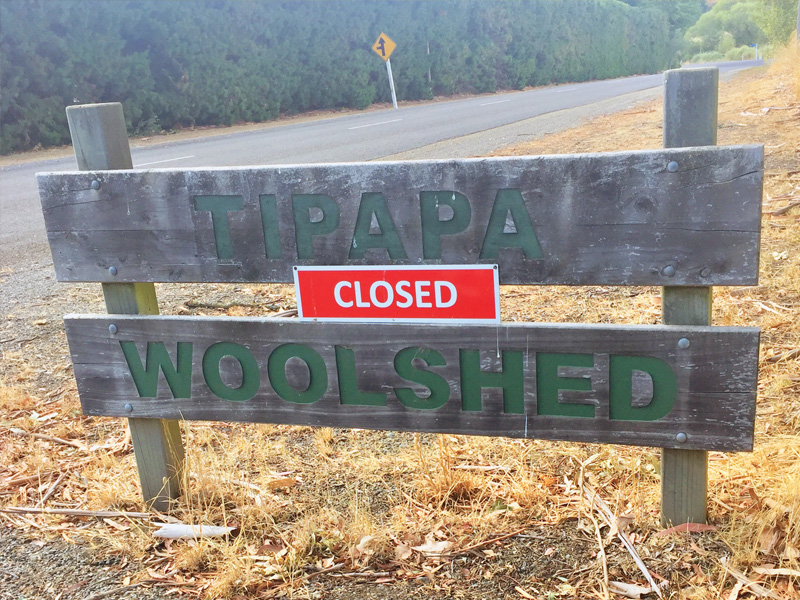 According to various online sources—coarser wool from New Zealand comes from Southland and green hills. Their finer Merino sheep are raised at higher elevations. This information differs from the usual spiel that the best Iranian, Afghani and Qinghai wools come from higher elevation grazing in the summertime. Some characteristics that are valued in wool sheared for the carpet industry include: cleanliness—no burrs or vegetation; moisture content; fiber diameter (24-40 micron); fiber length (75-120 mm); color, strength, bulk, and crimp.

Despite a drastic reduction in wool production in the past 35 years, grower-owned private sector associations have taken on the aim of maintaining leadership to improve quality and animal-to-consumer happiness. Indeed, wool production will continue to decrease and retailers should be aware of the quality which is necessary to make the end consumer satisfied with wool carpets.

About Leslie Atiyeh:
Her personal history with wool began with her family sheep operation in Northeastern Oregon in the 1930s. They raised black-faced Suffolk and white-faced Columbia breeds, mainly for meat on the Broken Circle S ranch. She enjoyed sewing with Pendleton wool fabrics for 4-H fashion shows held at county and state fairs as well as needlework with crewel wools. Her love for wool was ingrained since childhood. When I met a member of Oregon’s premier retail carpet family, Tom Atiyeh, we became a team predestined by our family histories to recreate his family designs around the carpet-producing world.