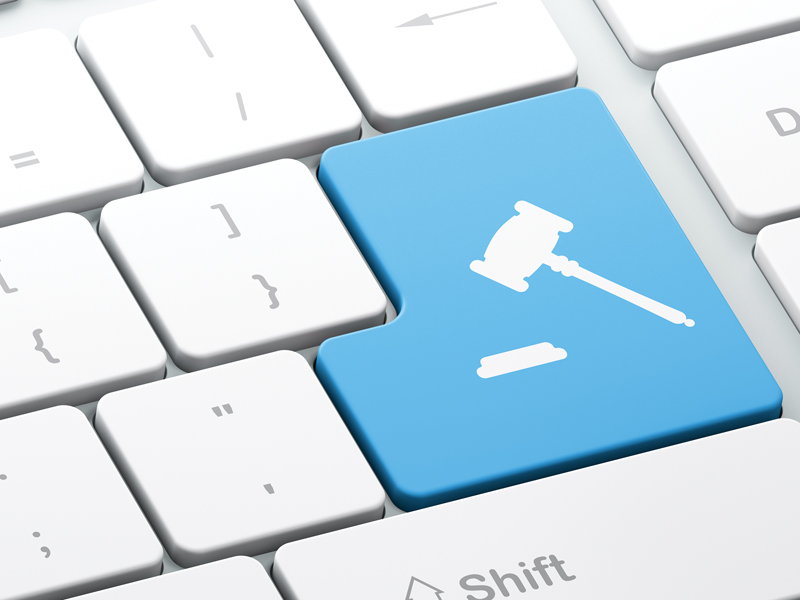 There is a saying that one cannot know the future without first studying the past. This has been a recurring theme over the past several issues of RUG INSIDER Magazine; how we can learn from the past of the rug trade, and how it can help us foresee what the industry’s future holds. In the rug business, particularly in the vintage and antique rug sector, while the carpet dealers were traditionally the main purveyors of fine rugs to the buying public, another important area has long been that of auctions.

Auctions were a key way in which people disposed of their heirloom rugs, and for rug dealers, an important part of their collection funnel, from which they added important rugs and carpets to their inventories. Once the rug dealers bought the rugs at auction, they could then resell them to other dealers, to members of the interior design trade, and ultimately, to the general public.

It used to be that the only way to access a rug dealer’s collection was to visit their big city showroom, by appointment, and usually only if you were granted entrance by the dealer, or were brought in under the watchful eye of an interior designer. It was seldom the case that a private buyer could walk into an antique rug showroom unannounced.

What made auctions so appealing, and also very contentious, then, was that for many private buyers and rug collectors, these were key access points from which they could attain high quality rugs and carpets, and at lower prices, as buying direct from auction would cut out the proverbial middle man of the oriental rug dealer.

The key players in those days were Sotheby’s and Christie’s, as they were the two most revered and respected auction houses in the world. Each had dedicated oriental rug departments, and when a fine rug auction would turn up every few weeks, they were heavily attended by a competing mix of oriental rug dealers, well-heeled private collectors, and other rug industry insiders.

Now, many years later, with the rug industry having changed dramatically due to the rising popularity of modern and contemporary rugs, the omnipresence and ease of access of online shopping, and the many changes in how people spend their discretionary income, the auction world has changed significantly, as well.

Sotheby’s and Christie’s have long since closed their dedicated oriental rug departments, and instead, only offer oriental rugs periodically, mixed in with their other antique offerings. And while the savvy buyer can still find high-quality rugs available for sale at auction, the players who run those auctions, and the manner in which they are presented, have all changed for our new digitally-oriented, socially-distanced age. Enter the world of online rug auctions, circa 2020.

The list below includes some of the many names that have emerged as important players in the current field of online rug auctions. Some still have a physical presence, but others are online only. Summaries are presented, and each firm’s website will provide more information. Where will the rug industry and its long-running connection to auctions go from here? Only time will tell, but we must learn about where it is now, so as to have a clue as to where it will go in the future. pgny.com

Sotheby’s | sothebys.com
Sotheby’s has long been one of the biggest names in the world of fine rug auctions. In the current day, they still post many amazing antique and collectible rugs for sale, but not as frequently as they once did, and usually under the larger umbrella of their periodic Arts of the Islamic World auctions.

Christie’s | christies.com
Christie’s has also long been a top name in the world of fine rug auctions. In the current day, one can still find many world class antique and collectible rugs for sale, but usually only a handful of times a year, and combined with other traditional art forms within their Arts of the Islamic and Indian Worlds auctions.

Bonham’s | bonhams.com
Bonham’s is another well known traditional auction house, which like Sotheby’s and Christie’s, has an important physical presence, but also no longer has the dedicated focus it once did on fine rugs. Nonetheless, fine rugs are still available as part of their other auctions of antique items at various times throughout the year.

Doyle | doyle.com
Doyle is another significant name in the world of fine rug auctions, with a renowned physical presence, and a strong reputation. Their rug auctions have decreased more so than some of the other major auction houses, but are still run periodically, with high quality items for sale.

Material Culture | materialculture.com
Material Culture is well known for their auctions of fine rugs and other antiquities. It stands in a unique middle area between the traditional auction houses, with a physical location and with a strong connection to the antique rug sector, and with the newer online auction sites, which are typically online only. It is perhaps more active than the traditional auction houses in sourcing and selling antique rugs, and utilizes the newer online auction systems with which to organize its sales.

Nazmiyal Auctions | nazmiyalauctions.com
Nazmiyal is one of the best known dealers in the realm of antique rugs and carpets, and with one of the most advanced and full-featured websites in the trade. Located in New York City, Nazmiyal has recently attuned its focus to its burgeoning online auction business, and recently added the former rug department head of Christie’s New York, Elizabeth Poole Parker, to its rapidly expanding auction team.

Showplace Auctions | liveauctioneers.com
Showplace Auctions is a relatively new auction house in New York City, and is the physical location from which the online auction powerhouse, Live Auctioneers, conducts their New York-based auctions. The auctions are frequent, typically with two per month, and with a wide variety of vintage and antique items for sale, often including a significant number of rugs, in a variety of sizes and price ranges.

Skinner | skinnerinc.com
Skinner is yet another name that traditionally was an important part of the world of fine rug auctions. They have a physical presence, but their focus on fine rugs, and the frequency with which they are included in their auctions, has lessened over time.

Live Auctioneers | liveauctioneers.com
Live Auctioneers is one of the biggest names in the new era of online only auctions. While it has a physical location in the form of Showplace Auctions in New York City, that is only one component of their business model. More importantly, perhaps, Live Auctioneers continuously runs rug auctions on their website, and also offers their online auction system to those who are interested in running their own rug auctions, with it increasingly being used for independent rug auctions around the country.

Invaluable & Auction Zip | invaluable.com
Invaluable is an online only auction site, and is rapidly becoming one of the most important forums for online rug auctions in the trade. In tandem with another connected site, Auction Zip, Invaluable competes with Live Auctioneers in its ability to consistently run online rug auctions on its own platform, while also offering their online auction system to those who are interested in creating and managing their own independent
auctions.