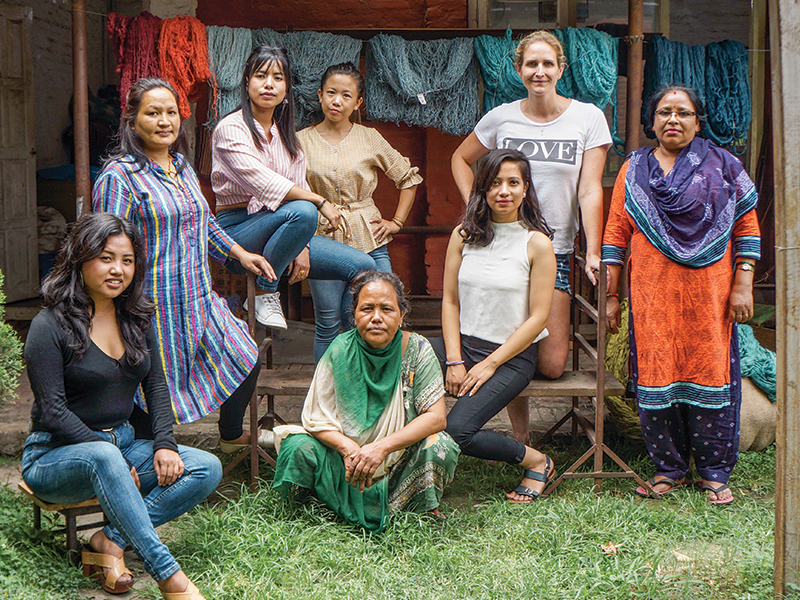 More than marketing hype, the differences at New Moon are tangible.

Erika Kurtz is the second-generation principal of New Moon Rugs, an early pioneer of the modern era’s genre of hand-knotted Nepali-Tibetan rugs. Founded in 1993 by John Kurtz with an unwavering dedication to the highest standards of craftsmanship and design, New Moon continues to foster the deep-rooted commitment to socially responsible business practices upon which the firm was founded. Since 2004, John’s daughter Erika has been guiding the production, design, and management of the business. These are her thoughts on being a woman in the evolving rug and carpet industry.

The rug industry in and of itself is a bit of a conundrum. The production and sales spheres are predominantly male centric and sadly, historically chauvinistic. Yet the industry’s main buyers are female—whether in the interior design sector, retail buying/merchandising, or the all important end retail buyer.

I had the benefit of growing up in the rug business and learning from my father, one of a rare breed who truly embraces women in the workforce and who always taught his girls that we could do anything we wanted. 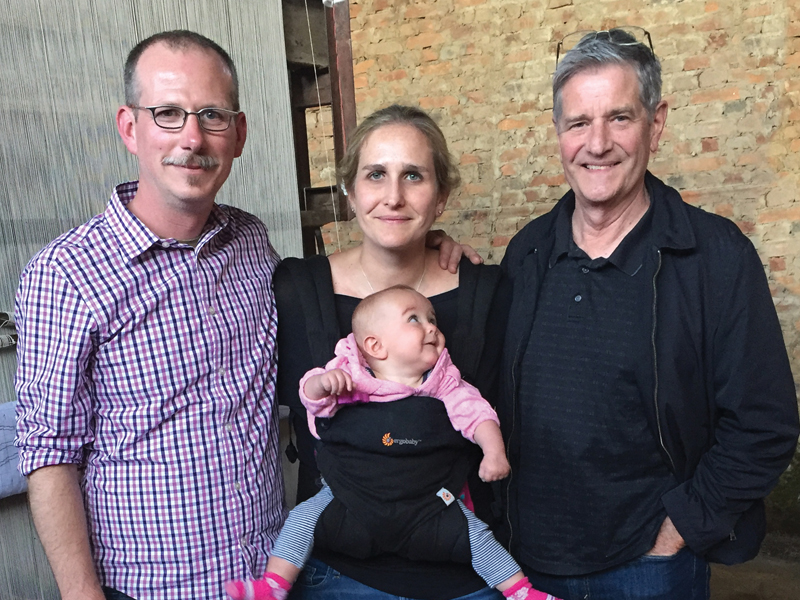 The “New Moon Difference” is not solely a tagline, it is the ethos behind the firm as confirmed by Rug Insider Editor Michael Christie, The Ruggist, when he personally visited the Kathmandu, Nepal production facilities of New Moon in November 2016. Christie is shown (left to right) with Erika Kurtz, COO of New Moon and John Kurtz, Founder of New Moon while Izzy Kurtz, Erika’s daughter, looks lovingly toward her grand-father as the group inspects the rug ‘Camara’ then on loom.

We were fortunate to be introduced to all aspects of the business at an early age and were likewise encouraged to learn and actively participate. It was an amazing privilege to be exposed to other cultures, traditions, artists and craftspeople across the globe. I was never one to be shy or feel intimidated by a male-dominated industry, and I have certainly never understood why, in certain places, it seemed like girls could never have a seat at the table. As I got older and took on more responsibilities, it never ceased to amaze me—during our travels for work—how many times businessmen would look to my father in order to make a deal or discuss monetary transactions when, in fact, I was the decision maker for that project.

What baffles me is that this mindset continues even now. For an industry to have such an archaic attitude towards women and yet try in earnest to cater and sell to women is limiting and frankly frustrating. The rug industry is so contemporary in design these days and yet can still be so antiquated in its customs and practices. Even today, with so much changing, I may still get looked at differently when traveling as a single woman to do business. Especially now, since I often bring my young daughter with me when I go overseas for work. And it’s not only abroad. We are definitely still a male-dominated industry here in the United States. It can be hard to command the same attention and respect that men get automatically, even if you have ten times the resume or experience.

“It can be hard to command the same attention and respect that men get automatically, even if you have ten times the resume or experience.“ 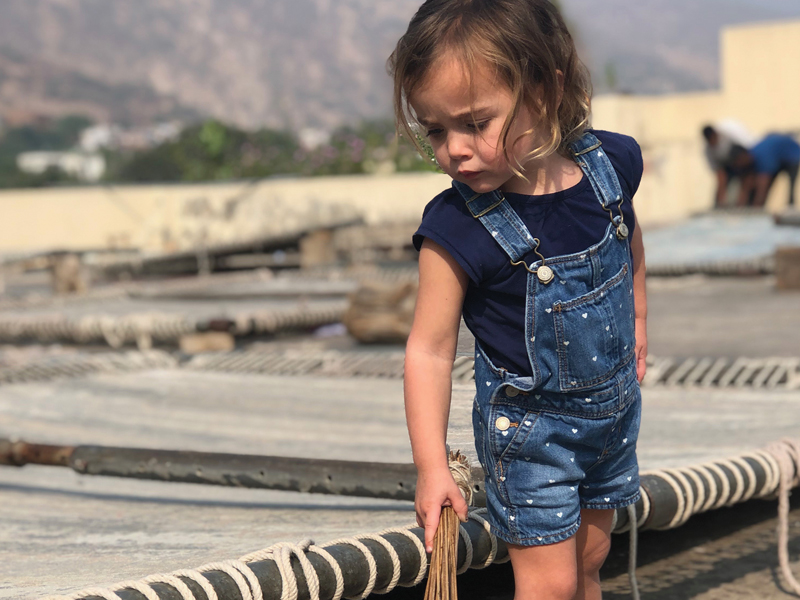 Izzy Kurtz, daughter of New Moon Rugs COO Erika Kurtz, appears to be following the burgeoning family tradition of entering the rug trade. The young Kurtz is shown at the firm’s washing and finishing facility in Kathmandu, Nepal in this photograph from December 2018.

Here at New Moon we believe it’s time for the ladies to make their mark and we are dedicated to shaking up the status quo on this front. Our company is comprised primarily of women on all fronts—from our design and creative staff in the United States to the staff in Nepal who bring to fruition all we—and our customers—can imagine. We’re excited to give so many women opportunities in a wide variety of roles.  Whether it is the office of the Chief Operating Officer (COO) which I occupy, or any of the other layers of the company in both countries. We have women running the overseas offices, designing, graphing, managing sales and marketing, dyeing, weaving, and so much more. Simply stated, women make it all happen.

Who better to design, manufacture, and sell rugs to women than other women?!