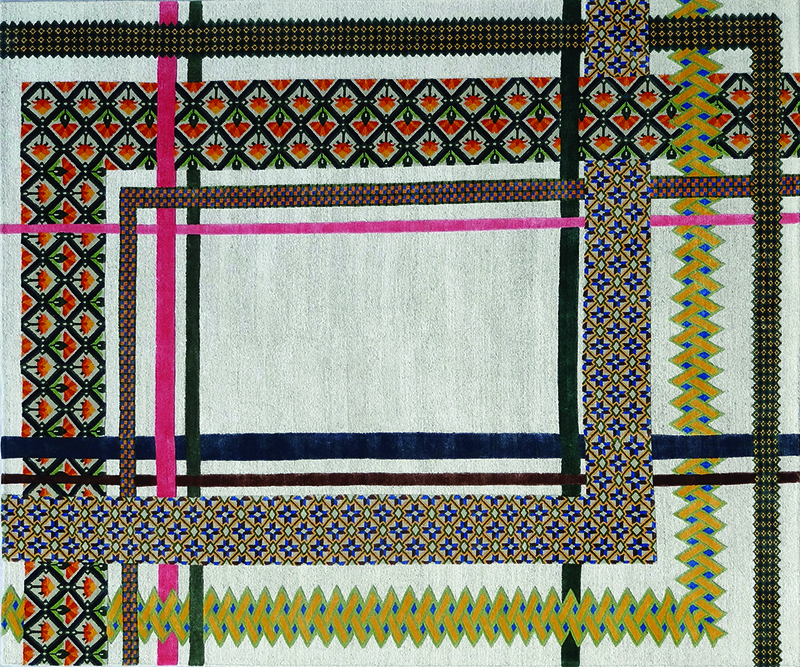 Inspired by a trove of darning samplers at the Museum of International Folk Art in Santa Fe, New Mexico, Kyle Clarkson from Jan Kath has designed a visually intriguing new collection.

Darning is a sewing technique for repairing holes or worn areas in fabric or knitting using needle and thread alone; it can also describe any one of several embroidery techniques which utilize darning stitches. In its simplest and most rudimentary form darning is used in areas of clothing where a patch might cause discomfort e.g. the heel of sock, but in finer forms such as invisible—often called Belgian—darning the goal is not only repair but also more that of restoration, attempting to return the fabric to its original integrity. As with any craft, the proverb ‘practice makes perfect’ applies and just as those who practice needlepoint begin with samplers, so too do those who darn start with such endeavors. 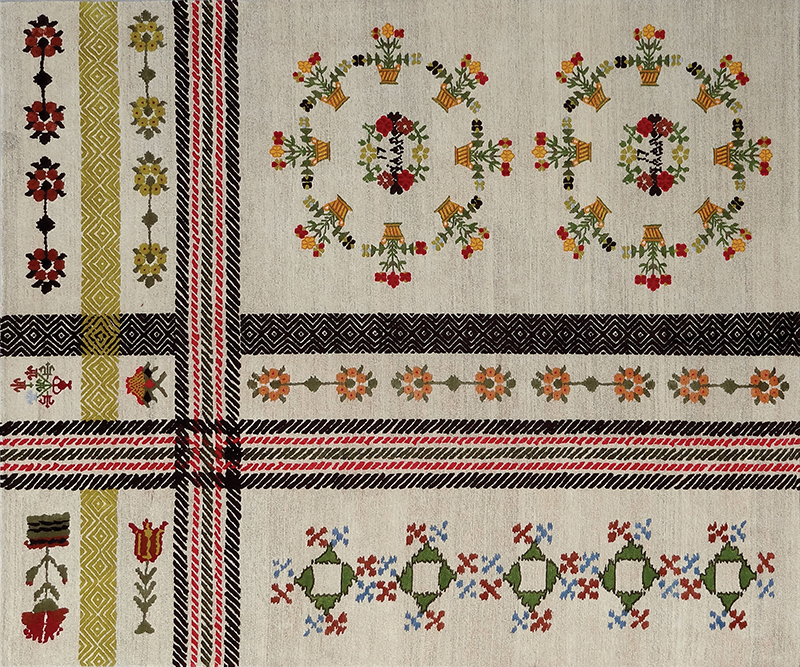 Volante 2 from the Common Threads Collection

The Museum of International Folk Art houses an impressive collection of textiles from around the world, including a repository of darning samplers. When the museum reached out to carpet house Jan Kath regarding a possible collaboration it was these samplers that caught the eye of Kyle Clarkson, partner at Kyle and Kath in New York and designer of a new collection influenced by darning. ‘After about two days of browsing through the museum’s textile collection I saw these darning samplers and it just came to me.’ says Clarkson of the collection’s inception. Named ‘Common Threads’ the new collection will launch during Jan Kath’s Family Affair exhibition in Bochum, Germany January 8-14, 2018 before making its North American debut at the firm’s New York showroom in late winter. 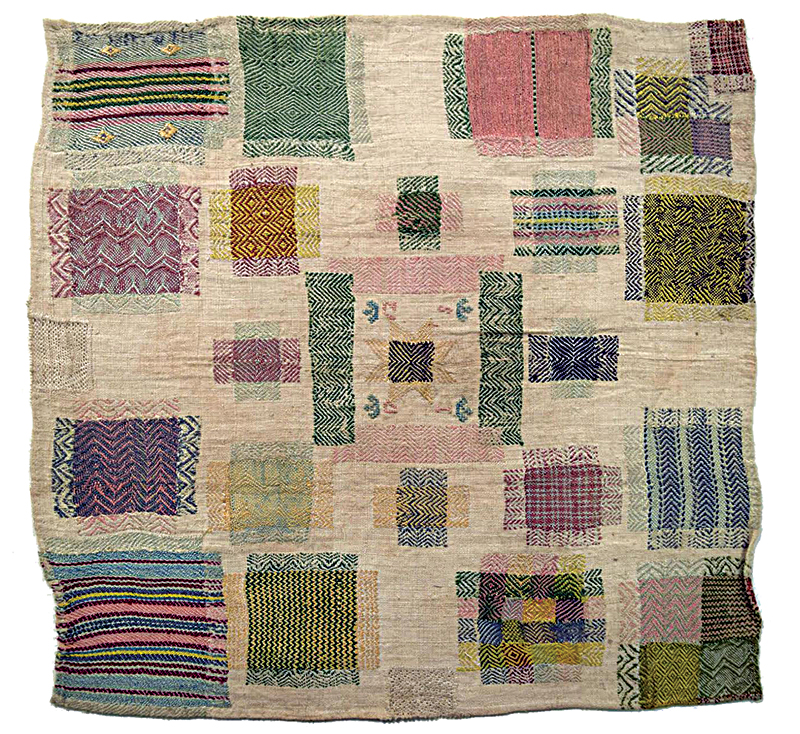 Dating from the late 18th and early 19th century, the darning samplers which served as design motivation for the collection originate from various European countries including Germany, England, Belgium and Sweden. Created by young women learning how to mend worn areas and holes in cloth used for domestic garments and household items such as curtains and tablecloths, these delicate and rather small works of art feature a variety of woven patterns thoughtfully recreated in patches of colored thread on a linen ground cloth.

‘We really wanted to convey the aesthetic of the samplers and relate the carpets to the original works as much as possible.’ says Clarkson. To do this the firm has kept the field of the carpets relatively neutral, using both linen and nettle in addition to wool and silk in order to mirror the originals, thus allowing the colorful motifs and patterning to stand proud as the true focal point of the carpets. Contrasting textures such as pile versus flatweave further heighten the comparison. 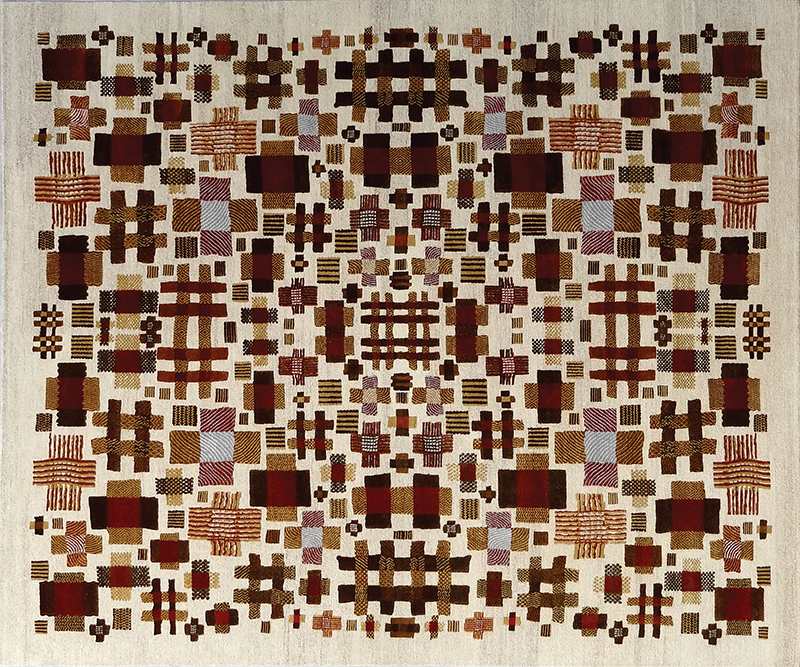 Saque 2 from the Common Threads Collection

The resulting carpets are a genuine tour-de-force of modern carpet design, offering an aesthetic plucked from the past and reinterpreted into the present, foregoing trends to find a distinctive and original interpretation which expands the miniature into ‘delightfully modern’ room-sized adornment.

A portion of the proceeds from the sale of the carpets returns to the Museum of International Folk Art to support education and acquisition.