In the summer issue of Rug Insider Magazine, the InFOCUS feature spotlighted the red rugs of today. When thinking of red rugs though, perhaps the first rug style to come to mind would be the red colors found in Antique Persian Sarouk carpets, which in many ways, are the true definition of the Classic Red Rug.

In this article, we will be exploring the history of antique Persian Sarouk Rugs, as well as some of the most prevalent variations of the Classic Sarouk Carpet, and what differentiates one type from another.

WHERE IN THE WORLD DO SAROUK CARPETS COME FROM?

The antique Sarouk carpet has one of the most recognizable names and visual styles of all antique Persian rugs. Persian Sarouk rugs are characterized by their intricate curvilinear, floral designs, which are typically found in rugs that are woven in larger city centers, where more sophisticated weavers would work in organized workshops.

Surprisingly, the village of Sarouk is relatively small—located in the Markazi Province, which is at the northern end of the Central Western Persian District of Arak. 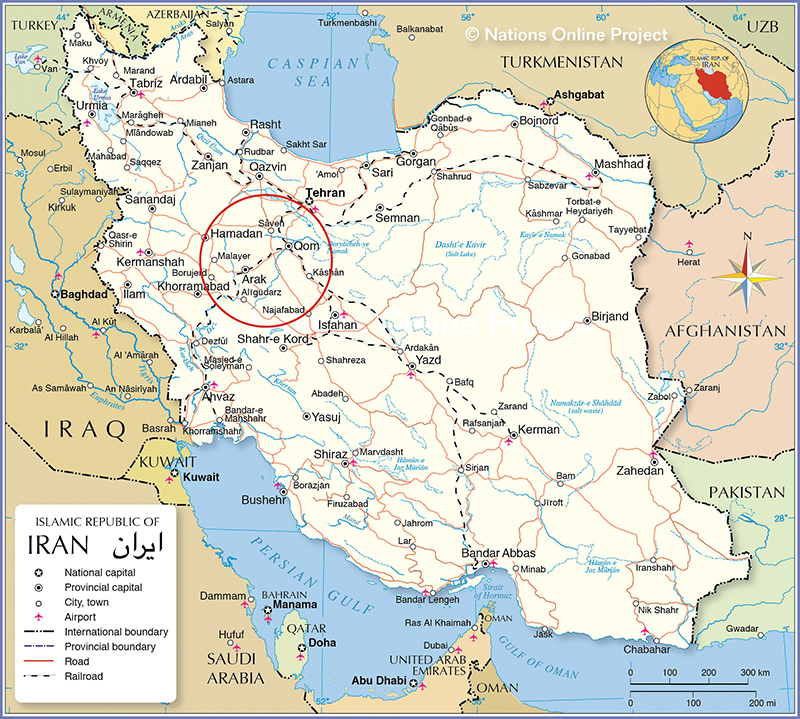 The village of Sarouk (sometimes spelled, Saruq or Saroogh), is far smaller than some of the other major Persian rug weaving centers, such as Tabriz in the northwest, Meshed in the northeast, or Kerman in the south.

Village rugs also typically have more informal designs, with simpler geometric motifs, and with less sophisticated and rudimentary patterns than their city rug counterparts. How, then, did the relatively small village of Sarouk become one of the epicenters of the production of some of the most recognizable floral city rugs in the area rug trade?

THE SURPRISING HISTORY OF THE ANTIQUE PERSIAN SAROUK CARPET

The Persian village of Sarouk was long known as a traditional rug weaving center, but not necessarily for making the type of antique rugs that we would currently recognize as Sarouks. In all likelihood, the rugs woven in this village prior to the late 1800s were closer in style to village rugs woven in nearby Ferahan.

In the late 1800s, several western exporters, including such prominent names as Ziegler & Company, set up rug weaving workshops in Iran and began the mass export of traditional Persian rugs to affluent buyers in the European market.

These Western Exporters were initially based in the northwestern weaving center of Tabriz, but would soon
expand operations southward. The next major weaving center was established in what we would refer to today as Arak — known in those days as Sultanabad.

The village of Sarouk was conveniently located just thirty miles north of Sultanabad and was desirable for its ease of access and for its strong history of rug weaving.

In the late 1800s through the early 1900s, the Western Exporters revolutionized the rug production that was taking place in Sarouk, introducing well-organized workshops, and ordering rugs with sophisticated designs and visual aesthetics for sale to their clientele in Europe.

Perhaps the most distinguished style of rug that came to prominence in this period was the Persian Ferahan Sarouk Carpet, which borrowed some stylistic elements from the nearby weaving region of Ferahan, some aesthetic elements and weaving cues from the fine rugs being woven up north in Tabriz, and some of the masterful skills of the traditional weavers from Sarouk itself—all under the supervision of the entrepreneurial Western Exporters.

Antique Persian Ferahan Sarouk rugs are typically characterized by a tight weave, short pile height, fine soft wool, a design aesthetic that favors central medallions and artfully articulated floral motifs, and more often than not, a combination of deep red and dark blue as the two most predominant colors.

With the popularity of these fine Persian rugs, such as the Ferahan Sarouk and the Tabriz Hadji Jalili carpets booming in Europe and North America, especially after they were featured in the first World Oriental Carpet Exhibitions in Vienna and London in the late 1800s, the Western Rug Exporters based in Iran’s northwest needed to boost their carpet production and also, the variety of their rug offerings.

The story of the Mohajeran Sarouk is quite similar to that of the Ferahan Sarouk, as Mohajeran was also a traditional weaving center near the small village of Sarouk. Under the stewardship of the Western Exporters, it also became a major hub for the production of new variations of the ancient Sarouk, and exported to Europe and eventually to the Americas.

The rugs traditionally being woven in Mohajeran were thicker in pile and more decentralized in their design aesthetic than their counterparts in Ferahan. When these traditional Mohajeran-style rugs were brought together with the new generation of rugs being produced in Sarouk under Western supervision, the Mohajeran Sarouk Carpet style was born.

The thicker wool pile was particularly attractive to overseas buyers, who were drawn to these rugs for the additional sturdiness and resistance to wear they offered, which was seen as an upgrade to the thinner pile and softer wool of the prior Ferahan Sarouk-style carpets.

Rug production from Western Exporters, which previously had much success with the Ferahan Sarouk and Mohajeran Sarouk carpets, turned for a shorter time to the Josan Sarouk carpet.

The Josan Sarouk style rose to prominence from approximately 1900-1930 but didn’t have as great a level of production, popularity, or prestige as the prior generations of Ferahan Sarouk and Mohajeran Sarouk carpets.

In the first quarter of the Twentieth Century, a shift occurred in the demand for the various Sarouk rugs and other rug styles being sold by the Western Exporters, with buyers in North America catching on and demanding more and more of the kinds of rugs that had become all the rage in Europe for the prior few decades.

Thus, the Western Exporters crafted a newer generation of Sarouk rugs, specifically for export to the Americas, which were close in style to the Mohajeran Sarouks, while being somewhat cruder in their production, and less expensive for buyers overseas. The color in the primary field was often a rose color and not a deeper red.

A new trend emerged, roughly in the 1910s to 1930s, where American buyers would import this newer type of Sarouk rug from Iran, but did not care for the rose-colored fields. The American audience would therefore have the rugs chemically washed, so as to strip out the undesirable colors, only to be painted and recolored with deeper and more intense reds and blues, which were more popular at that time.

These so-called “Painted Sarouks” became increasingly popular, to the point that Western Exporters in Iran shifted their production to produce Sarouk rugs for the American market—better aligned with the buyers’ tastes—with richer, deeper reds, and increasingly thick, durable construction.

The result of this shift in weaving, to align with the taste of the American customer base, was a new generation of Sarouk rugs, woven from approximately 1920-1950, which were colloquially referred to as the “American Sarouk.”

These Sarouk rugs were still being hand-made under the supervision of the Western Exporters in the village of Sarouk in Iran but were made specifically with the carefully calibrated tastes of American buyers in mind.

This newer generation of Sarouk rugs, characterized by its rich reds and blues, its thick and sturdy construction, and its repeating but relatively uncluttered floral designs, became immensely popular in the United States.

These American Sarouk rugs became so popular that this style would replace the Ferahan Sarouk, Mohajeran Sarouk, and Josan Sarouk styles as the most desired, most woven, and most exported type of Sarouk hand woven in Iran.

As the following decades passed, and other Persian rug styles, such as the “American Kerman” style, with its central medallion and open primary field, also became very popular, the American Sarouk followed suit, and began exporting countless versions of the Sarouk rugs being made for the Americas, but with the “medallion and open field” design configuration instead.

These latter two styles of American Sarouk rugs, both with the repeating floral design and with the medallion and open field design, remain enduringly popular. When most people think of Classic Persian Rugs today, these Sarouk rugs are among the most
common types that come to mind.

WHERE DOES THE RED COLOR IN THESE SAROUK RUGS COME FROM?

In the various types of antique Persian Sarouk rugs delineated here, one commonality is the most popular and most predominant color red. The reds in these different generations and styles of Sarouk rugs all vary, with some having deeper and richer shades of red, and others having softer shades.

Regardless of the shade, these red hues needed to be sourced from the natural environment of the weavers, as the use of synthetic or chemical dyes wasn’t prevalent in Persian rug weaving until roughly the 1940s and 1950s.

In this earlier era, from the late 1800s to mid-1900s, the primary sources for red and other hues included plants, flowers, roots, and insects.

Of these natural resources, the two most commonly used were madder and cochineal. Madder comes from the madder root, a floral source relatively easy to procure and to process—typically used for lighter shades of red. Cochineal refers to the carmine color derived from a series of insects, to create richer and deeper shades of red.