Surya received first place honors in the 2019 America's Magnificent Carpet (AMC) Awards for its new Cappadocia rug (CPP-5027), which took the lead in the "Hand Knotted/Flatweave $100.01+" category. Each year, the Atlanta International Gift & Home Furnishings Market® recognizes the most exceptional designs of the year from some of the nation's premier rug manufacturers. Surya won AMC Awards in both 2017 and 2018 in the Machine Woven categories.

The winning Cappadocia rug is one of six new additions to the top-selling Cappadocia collection and features a bordered center medallion design with tranquil shades of blues, soft greens, tans, and gray, creating a palatial antique appeal. Made in India by Surya's artisan weavers, the full collection includes a total of 15 hand knotted rugs in traditional and updated traditional patterns with half-inch fringe. The available color palettes range from neutrals to jewel tones, making the collection especially popular among interior designers. In addition to the Cappadocia collection, Surya has a vast selection of rugs and accessories, making it a go-to resource for design businesses worldwide.

Winter market attendees can view the Cappadocia collection in the Surya showrooms at AmericasMart 11-A-1 and Dallas Market Center WTC 560. The Cappadocia CPP-5027 rug will also be on display in the Museum of Introductions Gallery, located on the fourth floor of AmericasMart Building 1, until Saturday, Jan. 12. 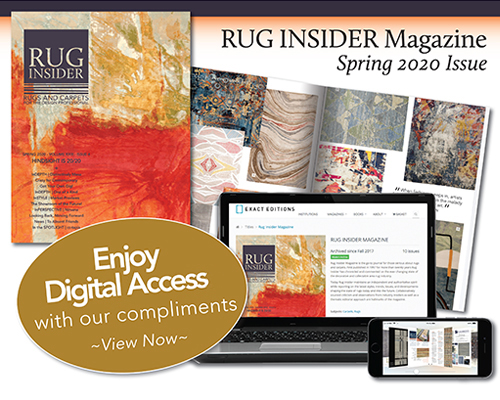